Kristen, raised in Atlanta, grew up under this canopy city with freedom to roam. She went to the Lovett School for 13 years. A goalkeeper from age five, Kristen was a starter for the Brown University Women’s Soccer team and won an Ivy League Championship. Beginning with babysitting at seven, she has been working with kids and youths all her life as a tutor, instructor, mentor and coach.

After university, Kristen lived in San Francisco for 10 years working in public school reform that focused on teacher quality. She has worked as an ethnographer in Thailand, an Associated Press writer in Jerusalem and Gaza, a daily newspaper editor and columnist in Istanbul, and a director of an award-winning documentary in Turkey about a Kurdish girl who wrestles in the World Championships.

These days, Kristen is thrilled to be completing Waldorf Grades Teacher Certification. She and her husband Inan (ee-NAN) bring Turkey’s traditional textiles to a contemporary marketplace with their company Ana Ana.

Born in Istanbul, their two sons are Jon Luka and Max. Jon Luka is in Mr. Smith’s class at WSA.

Kristen is happiest hiking where moss grows, swimming where snakes don’t, reading dialogue that cuts to the truth, cooking when she can sing and maybe dance, playing anything with her kids by the fire in the mountains, and eating with family and friends in Turkey. 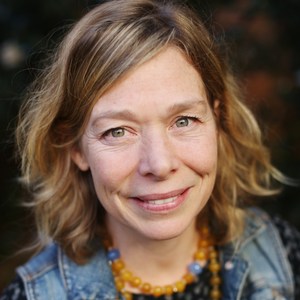