Just as Waldorf schools honor the natural unfolding of the developing human being in determining the academic curriculum, Movement Education springs from this same understanding. In a culture where organized team sports hold such high status, children can sometimes think of movement only in those terms. The Movement Education curriculum gives students basic coordination and movement skills that will help them if and when they decide to play organized sports. Depending on the grade, children will play games, do relay races, or learn dances that serve to develop skills that may also be beneficial for a conventional sport.

Not only does a movement class provide the opportunity for children to play games and have fun, it also works with their social interaction: their activity teaches them to play with each other before they play against each other, to acknowledge each other, to play safely, and to gain an appreciation for all kinds of movement. Movement Education enables students to move fully, know who they are, and enter into a more healthy relationship with the world and its requirements.

In the early years, kindergarten teachers introduce movement through imitation of daily activities, circle games, singing and imaginative play. Movement in kindergarten is crucial for establishing social and communication skills as well as laying the ground for cognition.

In grades one through five, movement education is taught through various games to help develop an enhanced awareness of personal space, with clearly defined boundaries. Physical activity is emphasized through games using imagery, story, rhythm and imitation. In the fifth grade there is a focus on beauty and form, and in the spring the fifth graders participate in the Olympic Games, a gathering of fifth grade classes from several regional Waldorf schools.

In grades six, seven, and eight, more conventional sports are introduced into the physical education curriculum. Only now can the children have a real respect for the law of rules and understand how a team works together. At the same time, they are developing their own self-discipline and competitive nature. They aspire to a finer exactness, technique, timing and spirit of the law, as they also become more aware of the world.

Our Movement and Games teacher is Francisco Moreno.

Francisco Moreno was born in Colombia, South America and moved to the United States as a child. He grew up in New York City where he studied at the High School of Art and Design. He continued his studies at the Columbus College of Art and Design in Ohio and the Atlanta College of Art. Francisco was one of the founding parents at WSA. In 1996, he became the first woodworking teacher at WSA, later joining the faculty full-time in 2000 when he also became the Games Teacher. Francisco teaches Games to all grade school students and Woodworking to students in Grades Five to Eight. Francisco completed the Spatial Dynamics program at Sunbridge College in 2006. Francisco has three adult sons, all of whom reside in Atlanta. They all participated in WSA's beginning playgroups and kindergarten programs. His youngest son was a member of WSA's first graduating class in 2000. Francisco has been involved with the Boy Scouts for more than ten years and has shared his love of nature and survival skills with countless boys. 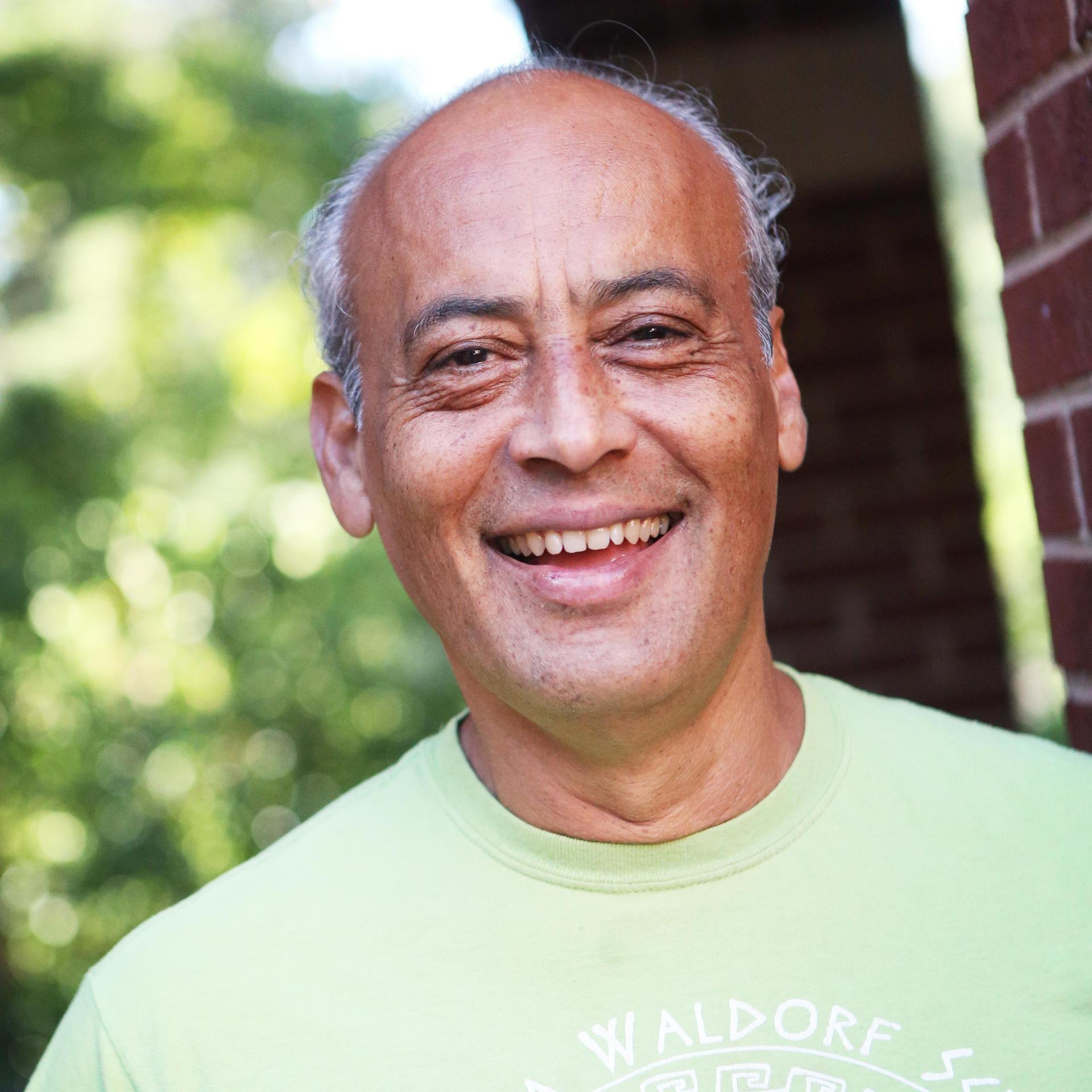