Phil Wendel has been an educator for over 30 years. For the past 20 of these years he has been a school administrator at several different independent schools in Atlanta and abroad.

Phil grew up in Indiana where he attended DePauw University in Greencastle, IN. Upon graduating with a BA in Psychology and minors in Economics and History, he taught for four years at Jasper High School (IN). He then moved to Atlanta in the Fall of 1990 to attended graduate school at Georgia State University where he received a MS in Sport Administration.

Phil spent the next 15 years teaching, coaching and serving as the Middle Learning principal at the Galloway School, located in Chastain Park. In 2010, he decided to pursue his interest in international education by moving to Beirut, Lebanon, where we spent 10 years working at the American Community School (ACS) Beirut as its Middle School Principal. While at ACS, he taught a popular weekly yoga class to the faculty, participated on a visiting accreditation team and served on the Middle School Steering Committee of the Near East South Asia Council of Overseas Schools (NESA). 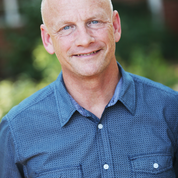