Cathy Parlato grew up in Atlanta then went to Appalachian State University in Boone, NC. During that time, Cathy developed her appreciation and connection to the mountains, rivers, trees, writing, and literature. Upon graduating with a BA in English and a minor in Sustainable Development, she moved to the north Pacific Coast and fell in love with rocky beaches, ancient mossy forests, and fog. She joined AmeriCorps in northern California and launched her career in non-profit fundraising and management. After enjoying the scenery and living in Seattle, WA, Eureka, CA, and Ventura, CA, she returned to Atlanta in 2007 and joined the development and fundraising team at Emory University. After 8 years in development project management roles, she left Emory to be an engaged and present parent to her young son Robie. She found her deep connection to the Waldorf School of Atlanta in 2017 when Robie attended Ms. Knight’s kindergarten class. She was thrilled to put her passion for WSA and Waldorf education together with her professional fundraising career together when she joined the staff in October of 2018. She lives in Decatur with her son Robie, two rescued dogs, June and Rosie, and often a Lifeline Animal Project shelter foster dog. 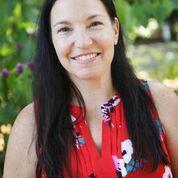